This is one of three 2 lb packages of roasted Costco Organic Chicken Wings and a medium Sweet Potato, a cup of Brusel Sprouts, and a bunch of Garlic and 2 slices of purple onion.  It feeds two at about 700 calories each.  The chicken skin adds a lot of extra calories. Chicken wings are about 50 calories an ounce, similar to red meat.

Costco’s organic chicken is an excellent reason to have a Costco membership if you don’t already have one. I have to travel over an hour to get to my closest Costco. Where else have you ever seen organic chicken wings?

I can make chicken wings for two in less time than I can get dressed up and go to a BBQ restaurant. Restaurant wings will be contaminated and chemically pumped up chicken with excessive sodium and probably HFCS and MSG in their sauces. 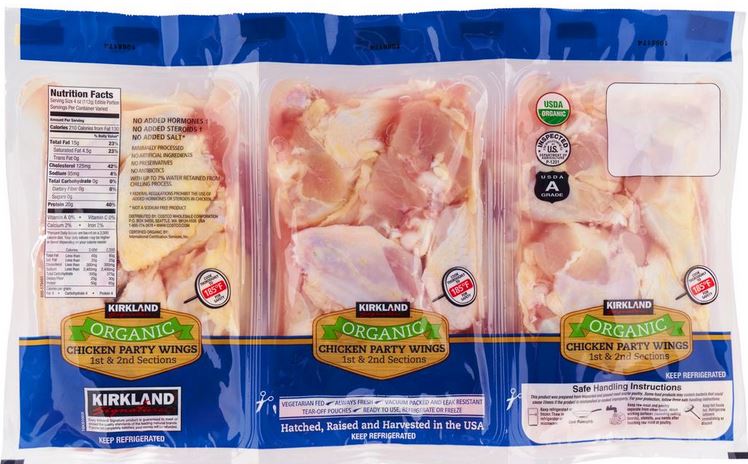 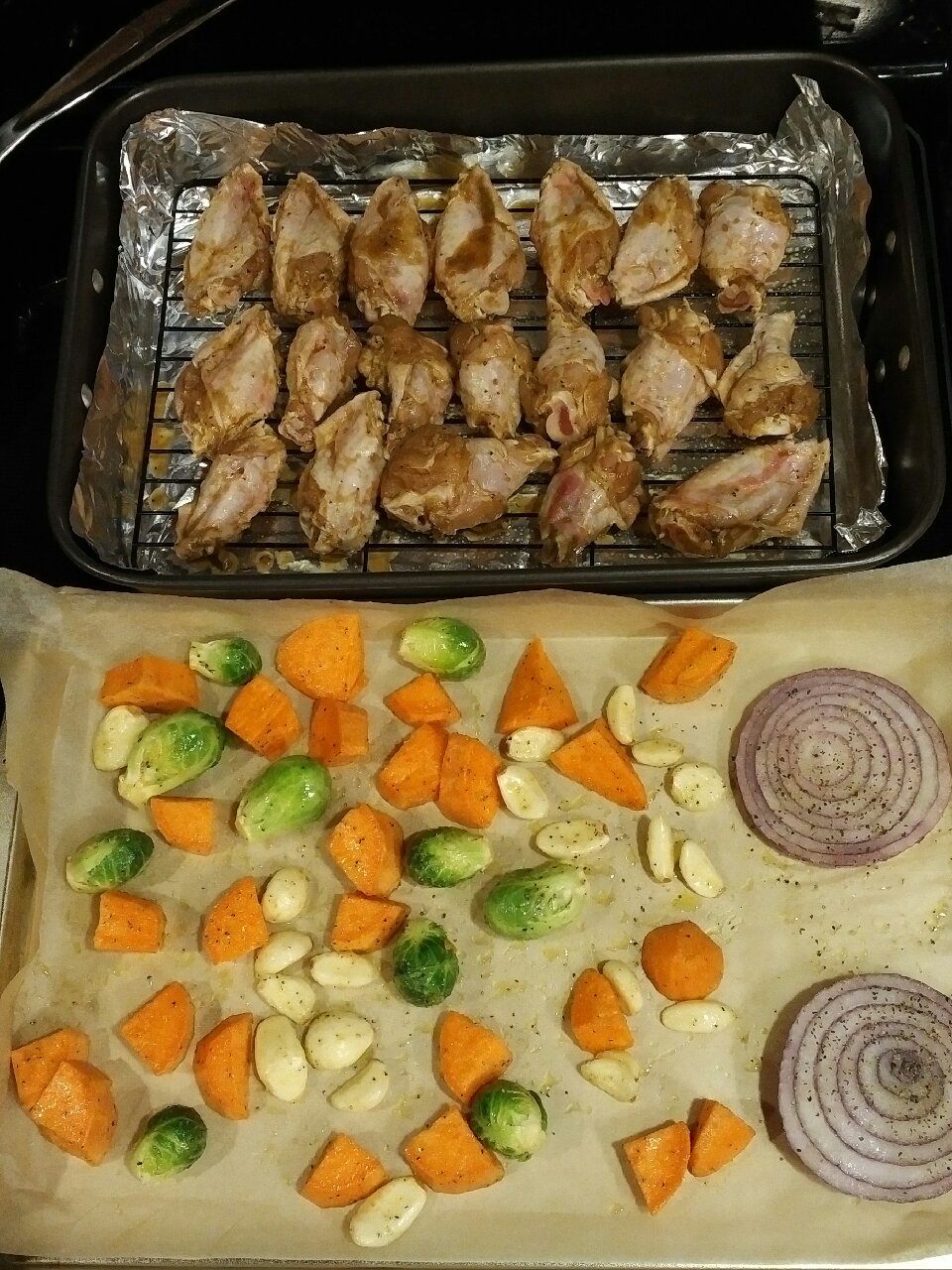 After roasting at 425 degrees for 30 minutes.

The vegetables roast while the chicken cooks so everything comes out of the oven at the same time. 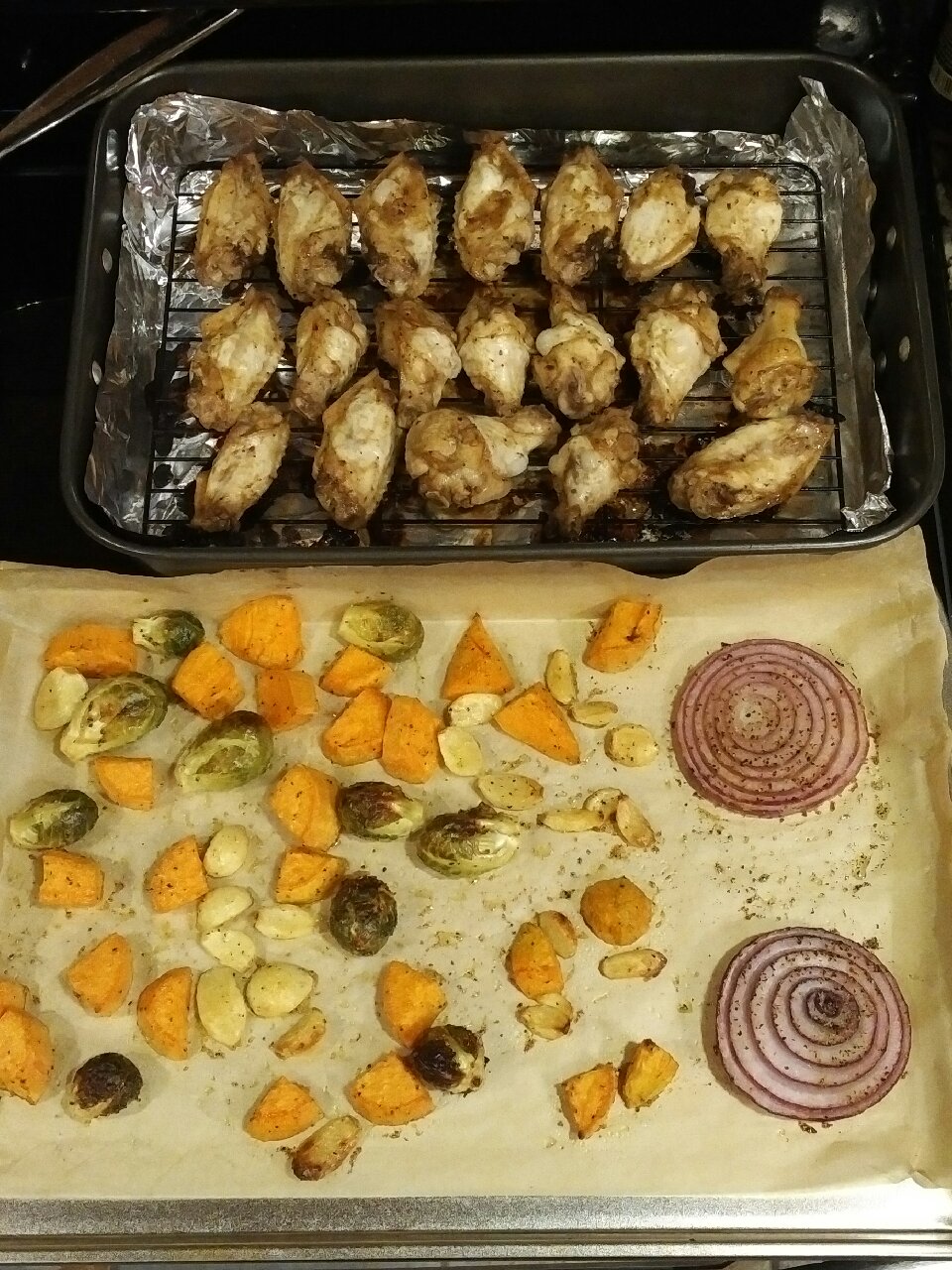 Pour 2 or 3 tablespoons of olive oil, add garlic powder, pepper, Himalayan sea salt and turn vegetables with tongs in mixing bowl until it’s all coated.  Cover baking sheet  with parchment paper (I fold two sides to keep it flat). Make sure the vegetables don’t touch on the baking sheet or they’ll steam. Just don’t pile them up. Use a baking sheet with short sides to allow steam to flow away from the vegetables. Roast for 30 minutes at 425 degrees. You can roast another 10 minutes if you want them more burned. I’m trying to maintain nutrients so I’m just lightly roasting.

Use the same mixing bowl with leftover olive oil and seasoning to mix and season chicken. Turn with same tongs.

Open a package of Costco Organic Chicken Wings, clean, dry, season in the same mixing bowl and add to the roasting pan. I add a hickory flavor marinade and low sodium BBQ sauce with garlic powder, pepper and Himalayan pink salt then turn with tongs. The BBQ sauce will give you a browned flavorful crust.

Slide both into the oven while it’s still preheating. Once the buzzer indicates it’s 425 degrees I set the timer for another 25 minutes. Or 30 minutes if the oven is already at 425 degrees. It’s a perfect meal for 2. Or a meal for 4 if you add a salad.  I normally skip Ezekiel Bread when I’m using sweet potatoes.

Garlic cloves are delicious like this. I’ve started doubling the amount of garlic in each roast. The chicken wings are right out of the oven perfect, juicy, with no pink uncooked meat without turning. Just set the temperature to 425 and timer to 30 minutes and wait for the buzzer. 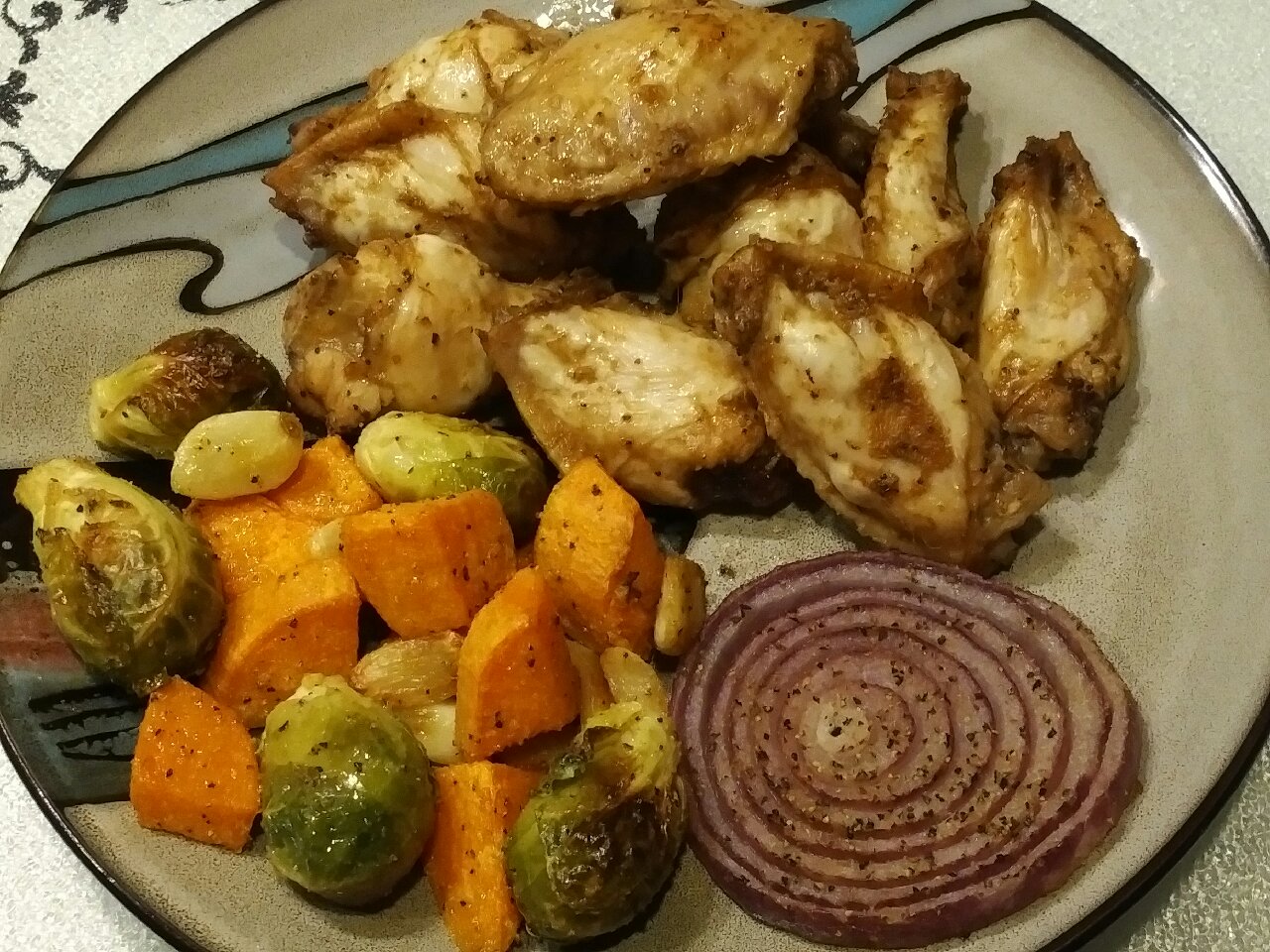 What I like about this meal is the easy cleanup. After roasting, the aluminum foil and parchment paper are thrown away leaving minimal cleanup on the rack and pans. 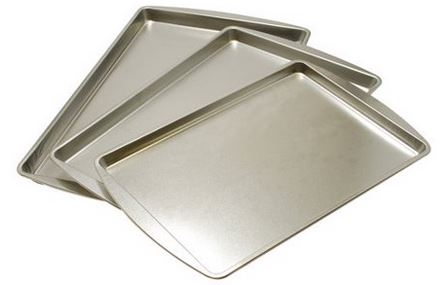 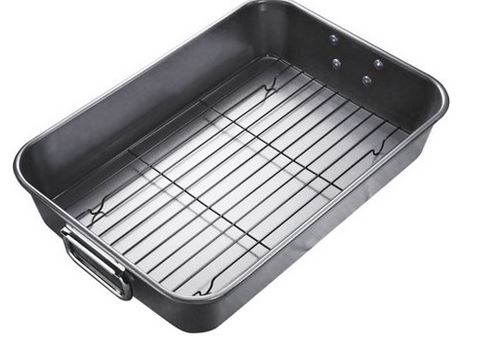