EZ Diet Milk Rant: Is the milk industry behind this idiotic message that eating clean, unprocessed food is a dangerous cult? The average person won’t question the suggestion that milk is the only source of calcium. It’s not. If that were true then how do we explain gorillas? The largest and strongest primate that consume leaves all day with occasional fruit and maybe a few ants. Fresh food.

See an article I posted here at the EzekielDiet.com for all the alternative sources of calcium: Calcium & Weight Loss – Validation from Medical Journals & Personal Experience  After reading this article I discovered I was using a lot of the top calcium rich foods on the EZ Diet, now and when I lost the 100 lbs in 5 months. Eggs, broccoli, green beans, brussel sprouts, spinach, onions, mushrooms, almond meal, Reddi Wip Cream, butter, oranges, etc., and today I also use raw milk cheese in maintenance mode. I suspect this contributed to the accelerated pound a day weight loss I experienced. 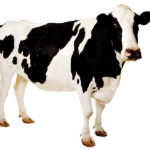 Keep that in mind while trying to lose weight.

My milk-mantra I repeat as often as possible: Milk was designed to take a 63 lb calf to a 1,300+ lb cow as quickly as possible, and it does the same thing to humans. Humans weren’t designed to nurse for life, neither were cows.

(Natural News) As more people are turning their back to dairy and other processed foods, the National Osteoporosis Society, subsidized by the milk industry, has now declared clean eating to be a dangerous “cult” and “ticking time bomb” that could leave young people with weak bones.

For decades, the milk industry has made us believe that milk is crucial for our health. Most of us have been brought up with the idea our teeth and bones will crumble if we don’t drink three big glasses of calcium-rich milk every day.

Though scientific research has linked milk consumption to cancer, diabetes, osteoporosis, multiple sclerosis, heart diseases, allergies, and a host of other diseases, governments and celebrity shills with thick milk mustaches keep telling us that milk is essential to our health. These celebrities, however, forget to tell you that they were paid to make these statements, hiding the dangers lurking behind these hip milk mustaches.

In their latest attempt to push antibiotic- and hormone-rich dairy products onto the people, the mainstream media is spreading fears to spook people into believing healthy dietary choices that reject processed foods are dangerous.

Of all the rumors the fake media, which depends on the advertising money of the dairy industry, has spit into the world, this one breaks all the records. Trying to convince people that eating fresh, whole foods is dangerous is just insane.

People who avoid refined sugar, hormone- and antibiotic-laced milk, and pesticide-laden processed foods have been called “cultists” that jeopardize their health through fashionable diet trends.

“A cult of clean eating is a ‘ticking time bomb’ that could leave young people with weak bones,” the National Osteoporosis Society has warned. “The diets have become increasingly fashionable, and are associated with celebrities, who have boasted how they have cut out gluten, dairy, grains, and refined sugars,” read a recent article published by the Telegraph.

If we believe the National Osteoporosis Society’s survey and the Telegraph’s article — which is nothing more than a propaganda piece for the milk industry — then clean food and people or celebrities promoting this lifestyle are the bad guys, wreaking havoc on your health.

Speaking to the Telegraph, Professor Susan Lanham-New, Clinical Advisor to the National Osteoporosis Society and Professor of Nutrition at the University of Surrey, noted that if there is no urgent action taken to encourage young adults to incorporate all food groups into their diet and avoid clean eating regimes, we are facing a future where broken bones will become the norm.

And it is not just the Telegraph who has been bought by the milk industry to spread this lie. The fake claim has also made the headlines of many other news sources. They all spread the same message, saying dairy products are the best source of calcium and that young people who aren’t consuming substantial amounts of dairy products are putting themselves at risk of developing weak bones and osteoporosis later in life.

They even go as far as to blame social media, blogs, vlogs, and websites such as Natural News for spreading disinformation about dairy and promoting these so-called unhealthy, clean eating diets among the younger generation.

Don’t be fooled by these statements and headlines. Milk isn’t the best source of calcium out there. Many other foods contain as much or even more calcium than milk. Think of foods such as fish, nuts, seeds, leafy greens, and dairy alternatives fortified with calcium.

Don’t let the media fool you, learn more about their fake practices at Faked.news.