EZ Diet Comment:  Nestle’s Pure Life consistently tests cleaner than almost all brands. So when you find yourself staring at a dozen bottle water options look for Nestle’s Pure Life. I think it’s interesting that the Nestle Pure Life brand is on the bottom shelf with the label turned so it doesn’t show in the photo above. My eye is always looking for the specific shade of blue used on Nestle Pure Life bottled water. 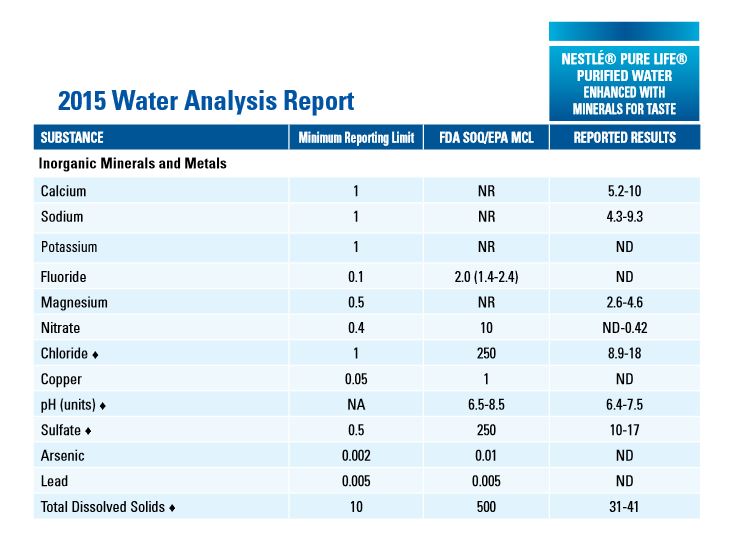 Although some fluoride proponents claim that the increased use of bottled water could be an explanation for the increase in tooth decay being seen in young children today. This, however, is a dubious claim. As an American Dental Association spokesman, Dr. Jonathan Shenkin, conceded in August 2012, “there has been no research to show using bottled water causes tooth decay.” In fact, the limited research that has been conducted has found no relationship between bottled water consumption and tooth decay — a finding consistent with other recent evidence on the ineffectiveness of fluoridated drinking water.

The following are the recorded fluoride levels in several popular bottled water brands sold in the United States. If the bottled water  brand that you purchase is not included on this list, you can find out the fluoride level by calling the company, as this is information they should have readily available.