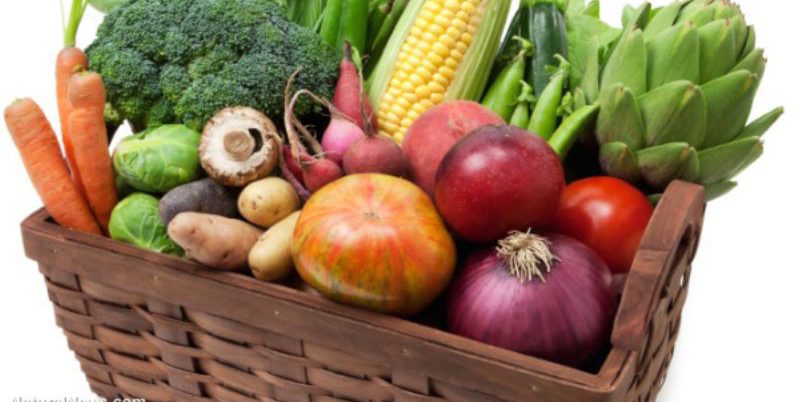 (NaturalNews) Once people fully understand just how toxic pesticides truly are, their first thought is usually, “How can I get these deadly chemicals out of my body?” Pesticide use is so prevalent that it might seem impossible to avoid it entirely upon first glance, particularly when you take the concept of pesticide drift into account. In addition, some people shrug off the evidence of pesticide toxicity, figuring it’s already in their body and it’s too late to do anything about it.

The good news is that this is not the losing proposition that it might initially appear to be. In fact, a 2014 study published in Environmental Research showed that eating an organic diet for just one week reduces the amount of pesticide poisoning in the body by 90 percent. That kind of reduction is nothing to scoff at, and the fact that it can happen so quickly and easily is icing on the cake.

The study, which was carried out by researchers from Australia’s RMIT University, found that people who switched to a mostly – but not entirely – organic diet noted this tremendous reduction. In the study, 13 adults were randomly assigned to eat a diet of at least 80 percent organic food or at least 80 percent conventional food. The diets were switched after a week, with urine samples taken for analysis the day after each diet concluded.

The participants’ levels of dialkylphosphate (DAP) metabolites were tested. These chemicals are produced by your body as it tries to break down organophosphate pesticides. The levels were found to be 89 percent lower after spending a week on a diet that was mostly organic, compared to a week on a largely conventional diet.

Non-organic produce is simply too risky

Cutting your pesticide exposure by 90 percent can bring about very significant benefits to your body and your health. Some organophosphate pesticides were originally developed for use in nerve gas in chemical warfare, and their neurotoxic effect on humans is well-documented.

It’s not just organophosphate pesticides you need to worry about. UC Berkeley cancer cell specialist, Kathleen Collins, recently spoke out about the damage that methyl iodide can cause. This chemical is sprayed on food and even used in some prescription medications. Like organopshophates, it can depress the body’s central nervous system. It can also affect the kidneys and irritate your skin and lungs.

Collins stated that acute inhalation of this toxin can cause pulmonary edema, vomiting, nausea, slurred speech, skin blistering, drowsiness, vertigo and other negative effects. Shockingly, the EPA has yet to classify methyl iodide for its potential carcinogenicity.

The truth is that finding organic foods that are truly free of pesticides is difficult. Air movement, soil carryover and certain natural pesticides that are approved for use in organic agriculture make this a difficult task unless you are growing your own vegetables and fruit. That’s why it’s good to know that the nine-tenth reduction was brought about by a mostly organic diet.

However, you still want to reduce your exposure as much as possible, and knowing which foods have a higher probability of containing pesticides can help you make informed decisions. For example, produce that has a thin skin or is grown under the ground is more vulnerable to pesticide contamination. You’ll want to buy organic versions of celery, tomatoes, peaches, apples and strawberries in particular.

Food quality is a real health concern, so be sure to check out Food Forensics, written by Natural News founder Mike Adams, the Health Ranger, to learn more about the many insidious ways harmful chemicals have worked their way into everyday foods.