Skinny Pumpkin Pie Recipe Secrets from Someone That’s Made Hundreds

I’ve made hundreds of pumpkin pies so I’ve gained some experience trying a lot of different things to reduce calories and make the pie healthier.

The pie above is from the famous Libby’s canned pumpkin, pumpkin pie recipe with chopped walnuts, and an almond meal crust, with melted butter, and a little pumpkin pie spice.

Here’s the basic “Famous 500 calorie Pumpkin Pie” recipe that’s on the back of the small 15 oz. can of Libby’s Pumpkin. This makes 2 thin pies:

These are my baking instructions, that are different from the Libby’s Pumpkin can recipe because I make 2 thinner pies. Why? Because the pie mix recipe was always more than would fit in a standard 7″ pie crust. The full recipe is designed for a 9″ crust which most stores don’t stock. Making 2 pies is much better with slightly lower calories too.

The caveats: When making sweet potato or butternut squash pies where there’s more than a 15 oz. can size amount (like pumpkin) add a quarter cup extra stevia. Add a little more cinnamon, ginger, and cloves also. Also add 1.5 to 2 teaspoons of vanilla extract for a tastier pie.  Cut back on Evaporated Milk to a half can. Add a tablespoon of light butter for a shiny pie-top.

The ingredients in a picture: 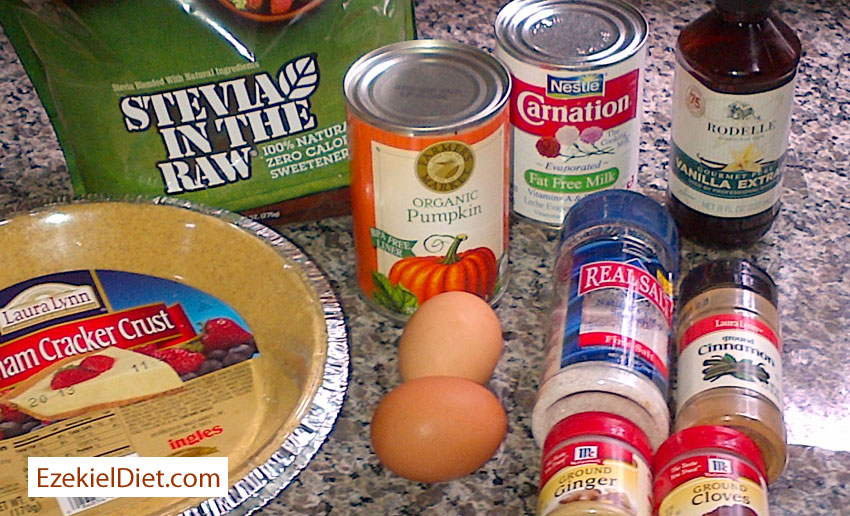 For this pie I used 2 Laura Lynn HFCS/MSG Free graham cracker crust. 800 calories each. I normally make my own crust using (recipe for 1 crust, double for 2):

Or, cut back on butter during weight loss and use Medjool Dates: recipe for 2 pie crusts – 3/4 cup almond meal (510 calories), 6 seeded Medjool Dates (120 calories), 2 teaspoons of cinnamon (or pumpkin pie spice). Total 630 calories, or about 40 calories per small slice, and about 52 calories for a larger slice. Directions: in a small S blade food processor blend (to blend Dates into a meal like consistency) all ingredients into a loose dirt consistency, spoon out evenly to 2 buttered pie pans. Rake into place with a fork with a little extra up the side. Not much because these are thin pies. Tamp down lightly. Spray with olive oil, and put in the preheating oven for a few minutes.

Using butter, the 1/2 cup almond meal crust is only 53 calories (per slice of pie) for a 8 slice serving using almond meal with butter.

Using butter, 3/4 cup almond meal pie crust is about 80 calories a slice with no sugar or wheat like graham cracker.

The pie is best chilled the next day. I also believe, from making hundreds of these, that pumpkin pie is best after 4 or 5 days. So the second pie is actually better than the first.

When using a graham cracker crust remember to brush egg white on crust and bake on for 5 or 6 minutes while oven is heating. That seals the crust to keep it crunchy even after the 2nd pie has been in the fridge for a week before eaten. That’s what that dark shinny ring is around crust edge, baked on egg white.

506 calories for just the pie mix for 2 pumpkin pies, without the crust.

1,053 Total Calories for the whole pie

Use Reddi Wip Extra Creamy Real Cream topping. I understand it’s not pristine-clean but it’s a whole lot cleaner than the Cool Whip chemical concoction. I’m showing you better choices you can buy at most regular grocery stores and Walmart. You can get 100% pristine whipped topping from Europe from Whole Paychecks food for about double what Reddi Wip costs. This product completes these pies, it’s not dessert without whip cream, and will be the only real sugar grams in the dessert if you use almond meal crust. Buy the dark blue container only. 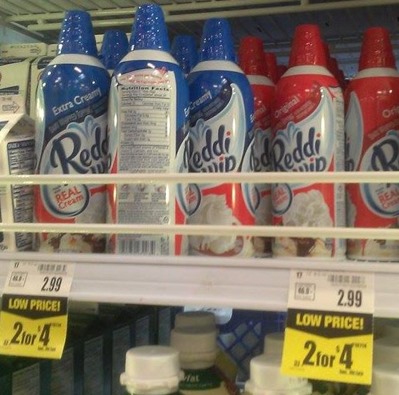 Figure 160 calories for a small piece and 210 for a large piece with whipped topping using a clean graham cracker crust (No HFCS or MSG). It isn’t dessert without the whip cream.

Tip #1: only use a half can of evaporated milk instead of a whole can for a darker richer pie.

Tip #2: add a tablespoon of lower calorie Butter (45 calories) in the mixer or food processor and it gives you a shiny pie top.

Tip #3:  add 1.5 teaspoon of vanilla extract to the pie mix for a tastier pie.

Tip #5:  for 2 sweet potatoes use a whole cup (instead of 3/4 cup) of stevia and a bit more of cinnamon, ginger, cloves, sea salt.

Tip #6: Use Fat-Free Carnation Evaporated Milk as it’s the only option that doesn’t have Carrageenan.  Carrageenan is a source for monosodium glutamate (MSG).