by Robert Harrington as seen at NaturalSociety.com

Obesity has long been linked to stress. Specific types of stress can contribute to the body’s response of gaining weight as a defense mechanism. In a recent study, researchers have found that sounds of traffic could cause stress to spike to the point where the body starts ‘laying down more fat’ because it thinks it is in a crisis where food may be scarce.

People gain weight for a variety of reasons; some conscious, others unconscious. The mismanagement of stress is one of the most common, as are inordinate levels of sustained anxiety. Just as a smoker reaches for a cigarette when under duress, other individuals reach for comfort food or alcoholic beverages.

Modern society has become well known for its various and sundry stressful environments. Some of these even overlap creating zones of extraordinarily high stress. For instance, living on a main thoroughfare which is directly under a flight path, as well as next to a railway, could have a noticeable impact – researchers say.

“Living under a flight path combined with a road and railway was also found to double the risk of obesity.

‘Traffic noise is a common and increasing environmental exposure, primarily due to ongoing urbanisation and growth of the transport sector,’ said lead author Dr Andrei Pyko, Karolinska Institute in Sweden.

‘Road traffic is the dominating source, followed by railway and aircraft noise. Health effects related to traffic noise are widespread and span from annoyance, sleep disturbances and changes in stress hormone levels to adverse effects on the cardiovascular system.

Our results suggested associations with waist circumference primarily in the age group below 60 years.’” [1]

Weight gain particularly around the waist has long been known to be associated as a survival adaptation when food was not as plentiful. The increasing scarcity of food accentuated this survival mechanism as a necessary response to avoid emaciation, or worse, starvation. Historically, this propensity for weight gain was deeply ingrained over centuries to the point of being genetically hardwired into the DNA.

As subsequent generations became more secure with their food and water supplies, this response became obsolete. However, the body still remembers and will respond to stressful stimuli in the same way, even though it is completely unrelated to the “avoidance of starvation.”

“The researchers assessed how much road traffic, rail, and aircraft noise 5075 people between 43 and 66 living in five suburban and rural areas around Stockholm, Sweden, had been exposed to since 1999.

They then completed a detailed questionnaire covering lifestyle, current state of health, levels of psychological distress, insomnia and job strain. They were also asked about environmental noise pollution from road traffic, trains, and planes.” [1]

Given the current epidemic of childhood obesity and adult Metabolic syndrome, it is often assumed that eating disorders are at the root of this health crisis. The various studies referenced above, however, point to a completely different root cause — the stresses associated with modern living particularly where a person is domiciled. 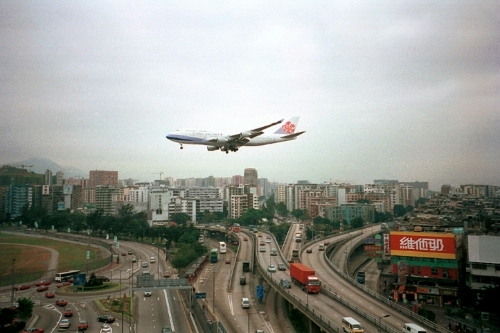 “The study found that there was a 0.21 cm increase for every additional 5 decibel increase in noise level. Living under a flight path doubled the rate of obesity.” [1]

Living under a flight path certainly has disadvantages in addition to the constant noise pollution. Very few are aware of the psychological stress that occurs with low-flying lumbering airliners over their neighborhoods. Especially with so many plane crashes, mishaps, and unsolved mysteries are there more reasons why city residents might be adversely affected by the mere prospect of a large jet airliner flying overhead.

Getting a handle on the cause of one’s obesity or diabetes can move the individual in a direction that might be out of the city and into a more rural area. Sometimes this type of initiative ought to be first so that the onion of obesity can be further peeled back accordingly.

“The results suggest that people who are trying to lose weight should consider living in less urbanised environments.

And the findings are particularly worrying because obesity around the waist is one of the most harmful types of fat, and has been linked to diseases like diabetes.” [1]

Unaddressed Metabolic syndrome and Type 2 diabetes is much too damaging to vital organs and tissues to be ignored. Taking a close look at the surroundings in which one lives might just provide the key to reversing such debilitating medical conditions. Plus, the benefits of nature are worth moving closer to a naturistic environment on their own.

Story by Robert Harrington as seen at NaturalSociety.com