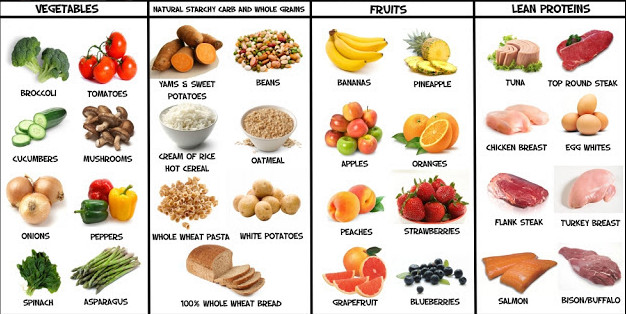 By Andrew – as seen at NaturalNews.com

Our liver loves lemon. The connection between our liver and belly fat may not be immediately apparent, but they are indeed related. Our liver is a powerhouse of an organ that can take a beating. I like to think of the liver as an air filter; it can get clogged up if it’s not maintained and cleaned. Lemon water helps to do that! Our liver secretes bile. Bile helps to break down fat. Lemon water can help to thin out bile and keep toxins flowing through your liver, then out of your body. As a result, fat metabolism becomes more optimal.

Citrus fruits such as oranges or grapefruits contain high levels of Vitamin C. Vitamin C can lower the stress hormone cortisol and thus decrease the chance of belly-fat storage. It can also be taken as a supplement.

Certain spices, including garlic, turmeric, cinnamon, ginger, and chili peppers, have potent inflammation-reducing capabilities, so try adding them to meals as often as possible.

Seaweed contains a carotenoid called fucoxanthin, another powerful fat-fighter. In one animal study, mice who were supplemented with this nutrient lost 5-10% more body fat as a result. This may be due to its ability to stimulate a protein that causes fat to be burned more easily.

Rich in fiber, whole grains help control the insulin response in your body. The high B vitamin content of whole grains also helps reduce the inflammatory hormone homocystine in the body.

Cinnamon’s active compound is called a methylhydroxy chalcone polymer (MHCP) and it is able to decrease insulin resistance in the cells. Since high insulin levels cause the body to store more fat, especially on the abdomen, keeping those levels healthy helps to combat belly fat.

All fruits and vegetables, due to their rich nutrient and fiber content, help to combat chronic inflammation, so make sure to include adequate amounts of these foods daily. Some types of fresh produce, however, are even more potent than others.

Some terrific anti-inflammatory fruits and vegetables to include in your meal plan include apples, berries, broccoli, mushrooms, papaya, pineapple, and spinach.

Green tea aids weight loss because it contains the polyphenol epigallacatechin gallate (EGCG) which boosts the metabolism and allows fat to be burned more readily. In one, those who drank green tea along with diet and exercise lost more weight than those who did not.

Red apples contain querecetin, a flavonoid which can block the maturation of baby fat cells and inhibit the rate at which new fat cells are formed. It also anti-inflammatory. Quercetin can also be found in red onions, red grapes, tomatoes, cherries and raspberries.

Staying hydrated is essential to flushing inflammation-causing toxins out of your body. Aim for 64 ounces of water per day. Remember: Add an additional 8 ounces of water for every 30 minutes of exercise as well.

Sources of article include: