Who knew? Many wines are contaminated with cancer-causing herbicide glyphosate 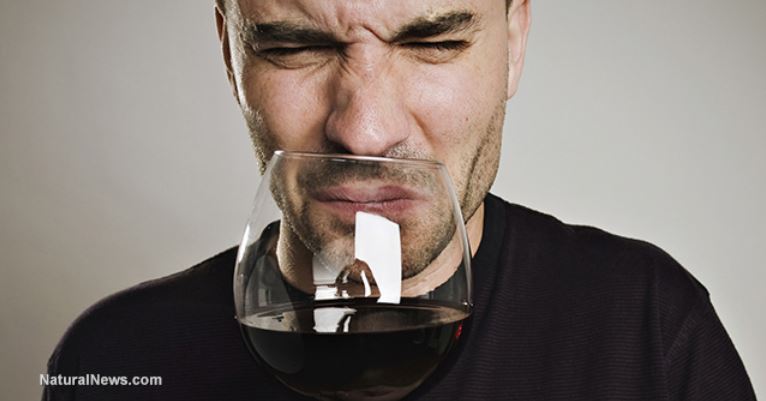 Editors Note:  Actually I knew this. It’s one reason I try to avoid California grapes and wine. I opt instead for New Zealand, Italian, or Australian wine. With no guarantee they’re any better, except for some personal research a friend did on fluoride content.

(NaturalNews) Over the past 40 years, glyphosate has been sprayed on vineyards and orchards to control weeds. However, any chemical used in a certified-organic wine may not have an adverse effect on human health or the environment, as defined by the Food and Drug Administration (FDA), and per the National List of Allowed and Prohibited Substances, issued by the National Organic Program (NOP). Just a few years back, the specialized cancer agency called the International Agency for Research on Cancer (IARC), a division of the World Health Organization (WHO), classified glyphosate, the main ingredient in the Roundup herbicide, as a probable cause of cancer in humans.

According to the California Department of Pesticides Regulation, in 2010, 25 million pounds of pesticides were applied to conventionally-grown wine grapes in that state alone. This means that wine grapes get doused with more bug-killing chemicals and more weed-killing chemicals than strawberries and almonds. At least 1 million pounds of those very chemicals used on wine-making grapes contain known neurotoxins, as classified by the Pesticide Action Network (PAN). According to laboratory research not done by Monsanto or Bayer, glyphosate is also implicated in causing Parkinson’s and infertility. Still think there’s not much difference between organic and conventional?

What’s in your glass of wine? Just grapes, or just cancer?

Sure, there are small amounts of preservative compounds called sulfites present in nearly all wine, even in organically-certified wine, but conventional wine is often known to contain genetically modified sugar, oak chips and artificial flavor “agents.” Conventionally-grown wine grapes can be coated with synthetic pesticides, insecticides and fungicides. They’re even grown using synthetic fertilizers.

Dr. Mehmet Oz should be given a Congressional medal for his courage and willingness to warn American consumers about the most controversial and popular weed killer on planet Earth. It’s a wonder Dr. Oz is still alive, because after the TV show, the Monsanto “Mafia” went crazy and began a character assassination of Oz, plotting a campaign to defame him and force him to resign from his prestigious position in the Department of Surgery at Columbia University. Ten doctors, many of whom are known criminals, signed a letter saying Dr. Oz had lost his mind and endangered humans, when in actuality, he had done just the opposite.

Oz probably saved millions of people from the long-term, horrific fate of cancer, when he warned his tens of millions of fans about the dangers of consuming Roundup, as documented by cancer researchers who came together as a team from around the world, to debunk Monsanto’s claims that the herbicide is safe.

If you think there’s not much pesticide left in your wine after all those finishing processes, you’re dead wrong

Several studies have been done that prove pesticide persistence in wine grapes. In fact, residual concentrations of certain pesticides, such as azoxystrobin, dimethoate and pyrimethanil were found to be nearly as potent as the initial concentrations on the grapes.

There are two means of measuring the dose any human is getting of a particular pesticide in wine. The first dose is classified as NOEL, or No Observed Effect Level, meaning the maximum dose you can ingest without having any adverse biological effect from it. The other dose is called RfD, or Reference Dose. This refers to the estimated daily lifetime amount used by the EPA to gauge a level unlikely to cause harm, even for sensitive subgroups. Results from two studies, one done in 1996 and the other in 2000, revealed that half of the 12 fungicides commonly used for wine grapes persist in the finished wine product, and exceed the NOEL and safe reference doses.

The problem? Conventional American and European wines are systematically contaminated with pesticide residues. Solution? Realize that no pesticides are ever added to certified organic wine grapes. Remember that every time you head to the store to purchase your next bottle, or when you order at a restaurant or bar. You may be judging wines by taste, but you should also be checking for chemicals, like the toxic herbicide Roundup, aka glyphosate. People are becoming more and more aware of the dangers of pesticides in food. Consumers are reading the ingredients on labels for beverages, cosmetics, personal care products, medicines, vaccines and more, but does your wine label tell you about the ingredients used in chemical herbicides that are sprayed on the grapes? The key to filtering pesticides from your daily intake is to buy organic as often as possible.

A word to the wise wine connoisseur: Don’t drink cancer!