Stevia is a natural anti-inflammatory and anti-cancer agent 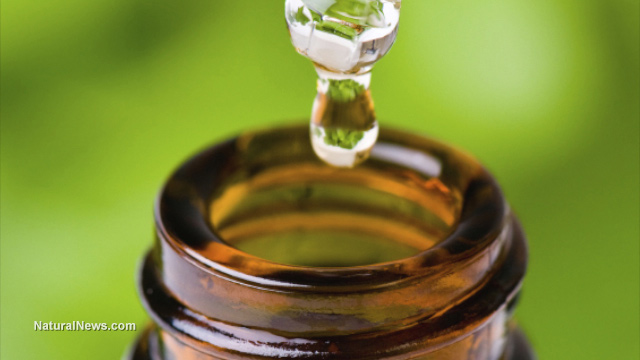 (NaturalNews) The native Indian tribe in Paraguay calls stevia “Kaa he-he” which means “sweet herb”. This local herb is believed to have been used for centuries by locals as a sweetener and for medicinal treatments. Stevia has been shown to not only contain a great flavor but also be a natural anti-hyperglycemic, anti-inflammatory, and anti-cancer agent.

The Japanese were the first to purify stevia extract in the 1970s and have since used stevia in many of their fermented foods. Stevia is now cultivated in several countries including the United States, China, Brazil and Mexico. It may be purchased in liquid, powder or tablet form and is found in both food and dental hygiene products. (1)

Stevia contains zero calories and is up to 300 times sweeter than sucrose which makes stevia an excellent sugar substitute. This “miraculous Paraguay herb” may be called such because of its therapeutic properties in controlling diet related diseases such as type-2 diabetes, cancer prevention, weight control and overall human health. (2,3)

Scientists have identified general health benefits in individuals that consume products derived from stevia. Perhaps the best sweetener on the market, stevia does not appear to have the negative health risks associated with consumption as do other sugar alternatives.

While researchers are still working towards identifying how the body utilizes all components contained in stevia, that which is understood clearly benefits human health.

Some research has found that stevia acts as an anti-hyperglycemic agent or high blood sugar antagonist, because of its ability to lower glucose levels by up to 35% in healthy individuals and approximately 18% in patients with type-2 diabetes (2).

A 2015 report, yet to be published in Food and Chemical Toxicology, provides greater support that stevia products reduce insulin resistance not only by enhancing insulin secretion but also by improving both glucose metabolism and the breakdown of fat and bile acid which aids in weight control (6).

The wave like effect of repeating spikes in blood glucose followed by a dramatic drop leads to insulin resistance causing diabetes. Stevia may therefore be an excellent sugar alternative for individuals with metabolic conditions such as diabetes, hyperglycemia or those with energy imbalances and problems controlling weight.

Some studies have found that the phagocytic function of cells, referred to as cellular eating because a cell will completely engulf and process particles, aids the immune system in protecting the body from potential threats when stevia is consumed (2). Two water-soluble compounds contained in stevia, chlorphylls and xanthophylls, have also been named as the reason why stevia exhibits anti-inflammation and cancer protective properties.

Chlorophylls and xanthophylls have been concluded to not only protect the body from the effects of carcinogens linked to numerous health concerns and disorders, but these components have actually been shown to limit tumor promoting cell growth (7).

About the author:
Dr David Jockers is a Maximized Living doctor and owns and operates Exodus Health Center in Kennesaw, Georgia where he specializes in functional nutrition, functional medicine and corrective chiropractic care to get to the underlying cause of major health problems.

His website features great articles on natural health and incredible recipes. He is the author of the best-selling book SuperCharge Your Brain – the complete guide to radically improve your mood, memory and mindset. He has over 50,000 active followers on his social media and email newsletter and is a big influencer in the Primal Health movement.

Dr. Jockers is also available for long distance consultations and health coaching to help you beat disease and reach your health goals. For more information got to www.drjockers.com