EZ Diet Note:  We’re officially living in bizarro world, unbelievable. This is big food and probably big pharma/healthcare pushing back trying to salvage their profits. I wonder how much this campaign cost them? Probably not much, maybe a million dollars buying a handful of ‘psychiatric officials’. We must be winning. An investigative report is in order. Infowars should run with this.  Who are the ‘psychiatric officials’? 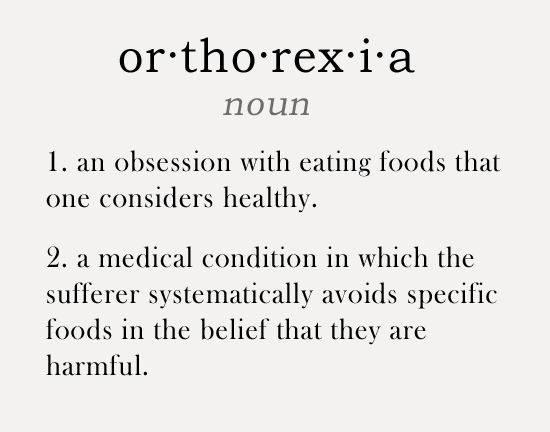 by Anthony Gucciardi as seen at NaturalSociety.com
Posted on April 12, 2015

Do you consider healthy, clean eating to be a priority in your life? According to the ‘psychiatric officials’ who want to add healthy eating to the extensive list of mental disorders, you have an eating disorder. ‘Orthorexia nervosa’ to be specific.

We first told you about this back in February of this year, when major news outlets began pushing the term ‘orthorexia nervos’ non-stop in declaring healthy eating a mental disorder. The story, written by Jeffrey Jaxen for Natural Society, received over 57,000 shares on Facebook and several million viewers who could not believe the reality of the piece. Unfortunately for sane eaters who do place a priority on eating right, the story was entirely correct.

And now, we are seeing the emergence of orthorexia nervos in the news once more. This time, we are being told it’s the newest ‘eating disorder’ that we could all be ‘suffering from’. Because if you don’t want to eat things like Monsanto’s cancer-linked chemicals, artificial additives, and high-fructose corn syrup, you must be crazy.

The Daily Mail reports breaks down the latest declaration from ‘psychiatric officials’ who are heavily pushing the orthorexia nervos eating disorder:

“Some clinicians argue orthorexia nervosa should be recognised as a separate eating disorder and have proposed clinical DSM diagnostic criteria. They note distinct pathological behaviours with orthorexia nervosa, including a motivation for feelings of perfection or purity rather than weight loss, as they see with anorexia and bulimia.

Why healthy eating may be the new eating disorder: Raw food and paleo dieters at risk of a dangerous obsession with nutrition”

Did you catch that last part? Those who eat ‘raw food’ and ‘paleo’ diets are at risk of ‘dangerous obsession’ with nutrition. In other words, if you actually refuse to eat the standard American diet due to the realization that you’re eating your way to the grave, then you’re experiencing an eating disorder.

I wonder what the ‘psychiatric officials’ who created this eating order are consuming on a daily basis? If diet statistics tell us anything, they are most likely loading their plate with cancer-causing junk on a daily basis, and shoveling it down without regard.

At least they don’t have an ‘eating disorder’ because they never question the corporations that completely run our food supply with the cheapest and most toxic food ingredients you can imagine.

Do you have the ‘healthy eating disorder’?

About Anthony Gucciardi:
Anthony is the Founding Director of NaturalSociety, whose writings on the subject of health and wellness have reached tens of millions of readers worldwide. A proponent of an organic lifestyle, the growth of alternative news, and a dedication to aiding various non-profit organizations, NaturalSociety was Anthony’s next step in what he calls “highlighting what you won’t be hearing about on the major news networks.” Anthony has appeared on both grassroots and established platforms alike, including routine appearances on Drudge Report, Daily Mail, RT, The Blaze, Infowars, Michael Savage’s Savage Nation, Coast to Coast AM, and many others.