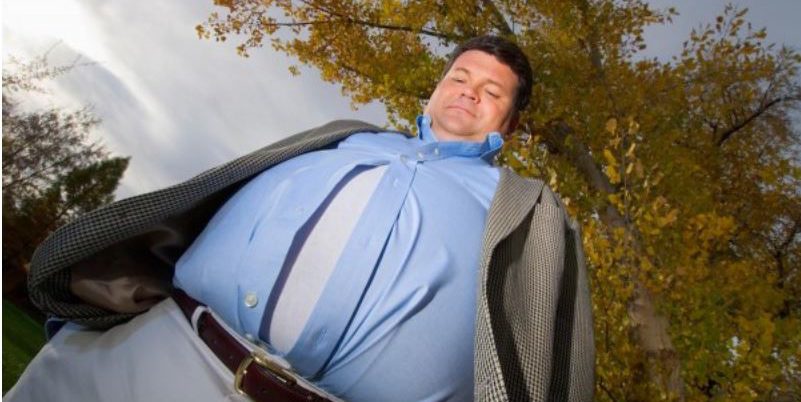 The scourge of processed foods will bankrupt the world.

(SlenderNews.com) Researchers have identified yet another fat-related pandemic that has affected the vast majority of the world’s population. New Zealand-based researchers have coined the term “overfat” to describe a condition where the amount of excess body fat is enough to increase the risk of adverse health conditions. Data from a recent study reveal that up to 76% of the world’s population is overfat, which equates to about 5.5 billion people. Of this, 49% are either overweight or obese. In contrast, only 18% of the total global population has normal fat levels.

“The overfat pandemic has not spared those who exercise or even compete in sports. The overfat category includes normal-weight people with increased risk factors for chronic disease, such as high abdominal fat, and those with characteristics of a condition called normal-weight metabolic obesity,” said lead author Dr. Philip Maffetone.

Researchers say the findings demonstrate that traditional body mass index only measures weight and height, but fails to assess the total body fat composition. Waist circumference may serve as a better indicator of metabolic health issues compared with a weighing scale. Improved terminology may increase awareness about the risks of being overfat, which in turn may help medical professionals, health care officials, and the general public to address this concern.

“We want to bring awareness of the rise in these risk factors, where the terms ‘overfat’ and ‘underfat’ describe new body composition states. We hope the terms will enter into common usage, to help create substantive improvements in world health,” Maffetone adds.

The results are published in the journal Frontiers in Public Health.

According to the Overseas Development Institute, prices of fruits and vegetables in certain countries — including China, Mexico, Brazil, and Korea — surged by up to 91% between 1990 and 2012, while prices of some processed foods such as prepackaged meals declined by up to 20% during the same period. In the U.K., prices of fruits and vegetables tripled between 1980 and 2012, while the price of an ice cream showed a 50% decrease over the same period.

A report by the United Nations’ Food and Agriculture Organization and the Pan American Health Organization also reveals that increased consumption of processed meals contributes to the rising obesity epidemic in Latin America. According to the report, almost 58% of the region’s population are either overweight or obese, which equates to about 360 million people. The Bahamas showed the highest obesity rate at 69%, followed by Mexico and Chile at 64% and 63%, respectively.

In the U.S., about 90% of an average person’s food budget was allocated to processed foods. This increases the risk of certain health conditions and medical expenditures in the process. In fact, the U.S. spends as much as US $147 to US  $210 billion annually on preventable chronic diseases and their related costs. Data shows that obese adults spend 42% more on direct medical costs compared with their healthier counterparts. Data also reveals that per capita health care costs for morbidly obese adults were 81% higher than adults with healthier weight.

Moderately obese people are also twice as likely as their healthier counterparts to be prescribed with drugs to manage adverse health conditions. The cost for chest pain-related emergency room visits is 41% higher in morbidly obese patients, 28% higher for obese patients and 22% higher for overweight patients compared with their healthier counterparts.