Newton’s Riddle! What was Sir Isaac Newton looking for in the Book of Daniel for 73 Years? 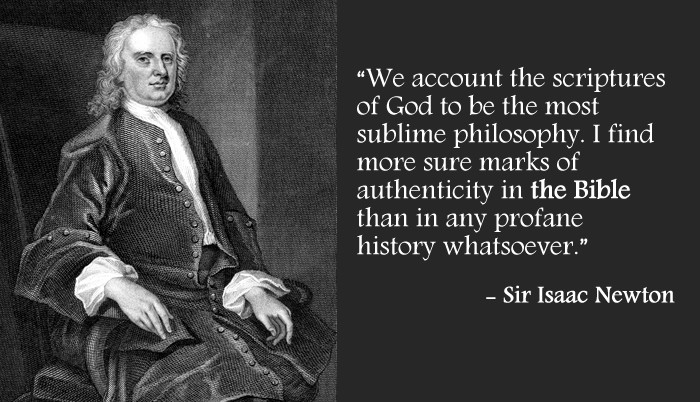 Sir Isaac Newton, who lived some 300 years ago (1642-1727), was one of the greatest geniuses in all history, with perhaps the highest I.Q of anyone in history. He is called “the father of modern science” and “the father of the industrial revolution.” He discovered many scientific laws. God chose Isaac Newton to impart many of His deepest secrets and riddles.

There is strong evidence that God gave Newton the most mysterious secret and riddle of all — the timing and the events of the end of the age! 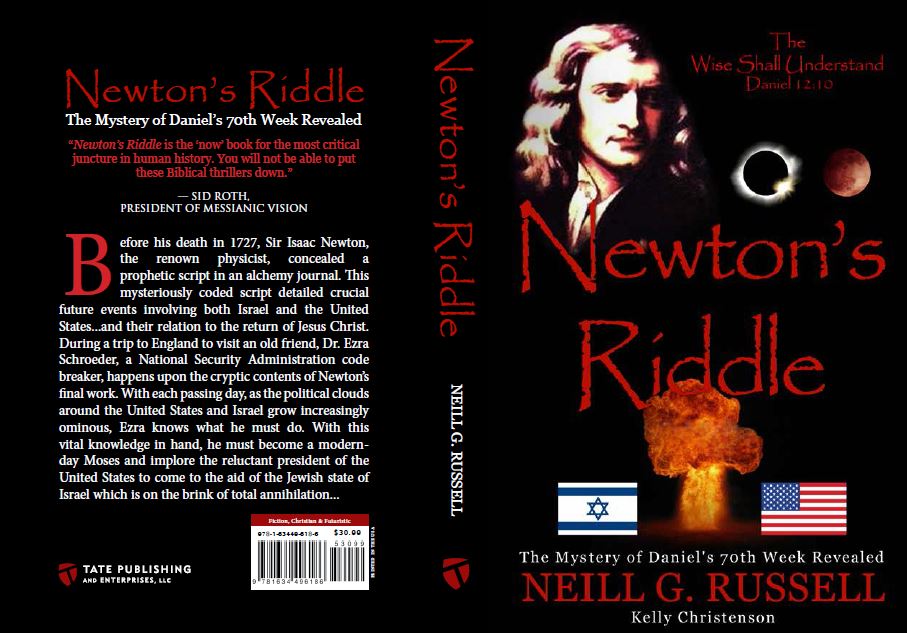 Newton was a devout believer in Christ and a Bible scholar, fluent in ancient languages, who translated directly from Hebrew and Greek. He was unusually drawn to the prophet Daniel, which he began studying at the age of 12 and continued until he died at the age of 85. In fact, The Columbia History of the World, a secular history book, remarks, “At the end of his days Newton spent more time studying and writing about the prophecies in the Book of Daniel than he did in charting the heavens.”   Apparently, God Himself put in Newton’s heart this burning desire to study Daniel, then gave him the key to the timing of Christ’s return. Could this be the final profound secret the Lord revealed to this godly genius near the end of his life – a secret “accidentally” discovered in the Library of Congress and republished just in the last few years – a secret so simple that most have missed it?

If Newton was correct in his interpretation of Daniel, the prophet to whom God gave specific timing, then the return of the Lord Jesus Christ will be very, very soon, indeed! Newton’s understanding of one key passage in Daniel chapter 9 is fundamentally from that of most common interpretations. In about 550 B.C., God gave the prophet Daniel a view of history to the end.

From Daniel 9:25, scholars usually add the “seven weeks (of years, or 49 years) and 62 weeks (434 years)” to get 483 years and calculate the timing of the Messiah’s First Coming. However, Newton says there is no linguistic basis for adding those two numbers (49 and 434), and to do so is “doing violence to the language of Daniel.”  Newton says the two numbers separately speak of both the First Coming and the Second Coming, both being counted from the “going forth of the commandment to restore and to rebuild Jerusalem.” Some commentators agree.

Newton says the “62 weeks” or 434-year part was fulfilled at the First Coming, and the “seven weeks,” or the 49-year part will apply to the Second Coming. And three centuries ago he saw in the Scriptures and wrote about the rebirth of Israel at a time when such a thought was preposterous. Amazing, by faith and understanding of the Scriptures, he foresaw a “friendly kingdom” someday again issuing the “commandment to restore and build Jerusalem.” Now, centuries later, that friendly kingdom may have been the United Nations, which decreed Israel’s rebirth in November, 1947, causing Israel to be reborn as a nation on May 14th, 1948 (fulfilling the 2500-year-old prophecy of the Prophet Isaiah, “Shall a nation be born in one day?”).

The above is taken from my essay on Newton written in the mid-1990s shortly after obtaining a copy of Newton’s commentary on Daniel from the doctor who discovered Thomas Jefferson’s personal and initialized copy of it in the Library of Congress, and who then got permission to reprint it in the original, difficult-to-read olde English script.

However, my speculations back then wrongly assumed the final 49-year count began when Israel was born in 1948. At the time, I thought we were so close to the Lord’s return it did not occur to me that the count should probably begin on June 7th, 1967, when Israel captured Jerusalem and the Temple Mount.   Sid Roth of Messianic Vision ministry promoted a new book on the subject, Newton’s Riddle authored by Neill G. Russell, which contains additional information about Newton and his understanding of end times.

Sid says, “Before his death in 1727, Sir Isaac Newton, the famous physicist, concealed a prophetic script in one of his journals. This mysterious coded script detailed critical future events involving Israel and the return of Jesus. Incorporating Sir Isaac Newton’s extensive research, Bible prophecy, and the bond that exists between America and Israel during the final days of planet earth, Newton’s Riddle by Neill Russell is a captivating suspenseful tale ripped from tomorrow’s headlines. I have never read such a current, prophetic book. Newton’s Riddle is a ‘now’ book for the most critical junction in human history. You will not be able to put this Biblical thriller down.”

Newton obviously saw that as the Second Coming. The Lord alone knows the times and the dates, but we are admonished to know the season. Jonathan Cahn’s new book, “the Mystery of the Shemitah”, appears to point also to September 23rd, 2015.

You can purchase your 2015 edition of Newton’s Riddle (Kindle or book) at Amazon.com by clicking this direct link:  http://amzn.to/1yB5fKF