The health benefits of sprouted grains 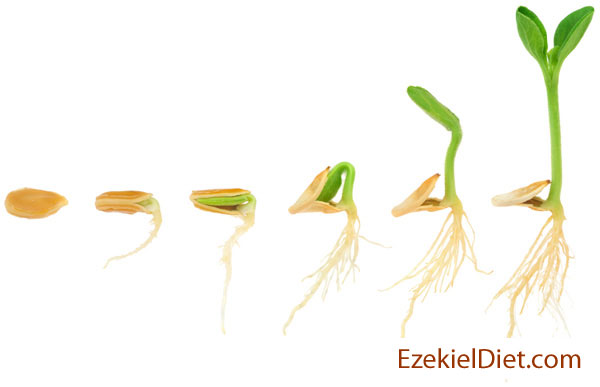 (NaturalNews) Most people who shop in health food stores, or go into the health food section of a regular grocery market, have probably seen a variety of products advertising that they are made from sprouted grains. However, while the consumption of sprouted vegetables (especially things like bean sprouts) has been a dietary staple in the East for thousands of years, it is only fairly recently that the West has begun to discover it. And for those who are adventurous eaters and up for trying new things, the rewards that eating a diet which includes sprouted grains can be significant. Read on to find out more about sprouted grains and the amazing health benefits they can bring with them.

What exactly are sprouted grains?

What people call “grains” are actually the seeds of grasses like wheat or oats. Sprouting these grains simply means that those seeds are allowed to germinate and become young plants, or seedlings. These seedlings are then used to make a variety of products such as breads, wraps and muffins, just to name a few. Their nutritional value is high. Sprouted grains are rich in vitamins B and C as well as folate, fiber, essential amino acids and a variety of antioxidants. It is the rich nutritional value that leads to the tremendous health benefits sprouted grain products can offer.

The health benefits of consuming sprouted grains are many, and they include:

Lower blood pressure. Research has found that regular consumption of sprouted buckwheat in particular can reduce high blood pressure levels, likely due to its antioxidant properties.

Good glycemic control. Stable blood sugars are important, especially for those struggling with diabetes or pre-diabetes. Eating sprouted grains regularly can help with this due to its high fiber content, which slows down the rate at which the body breaks down sugars.

Better postpartum experience. One study which tracked new mothers found that women who consumed the highest amounts of sprouted grains had the fewest problems with postpartum fatigue, stress and depression as well as stronger immunity, likely due to high levels of antioxidants.

Increased liver function. Because of their high content of antioxidant and anti-inflammatory compounds like quercetin, it has been found that consumption of sprouted grains can lead to a healthier liver and reduce potential problems like cirrhosis or fatty liver disease.

So for those who are really serious about getting the most nutritional value out of the food they eat, consider adding sprouted grains and sprouted grain products to their diet. These grains are not only incredibly delicious and can be used in a variety of dishes, the nutrients they literally bring to the table translate into a whole array of great health benefits.

About the author:
Sofiya has written articles on most health-related topics, including traditional medicine, alternative and naturopathic and natural treatments, wellness, medical marijuana, diets and fitness.