Coenzyme Q10 is an effective weapon against gum disease 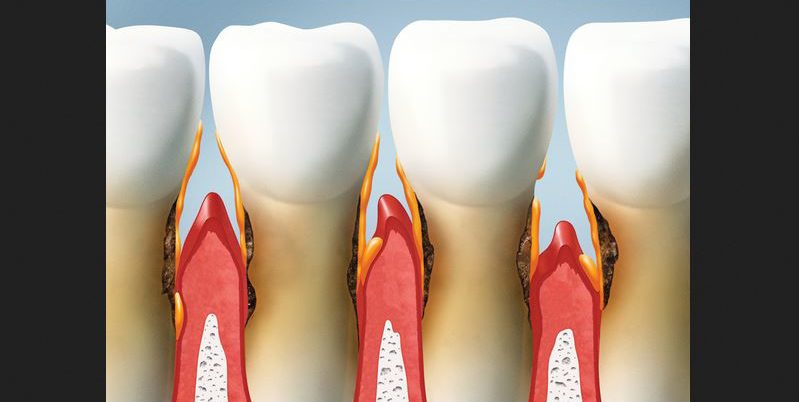 (NaturalHealth365) Gum disease is a chronic health condition that occurs when the tissues around the teeth get infected.  Of course, redness, bleeding or discomfort around the gums is telling you there’s a problem.  Left unchecked, a small degree of gum disease can grow into a much more serious infection – throughout the body. Yet, there are solutions.

Fact: Gum disease is linked to a deficiency in coenzyme Q10 (CoQ10)

Coenzyme Q10 is part of the quinone family, naturally occurring substances that are essential for energy production in oxygen-using life forms. Quinones are found all around in nature, but the one that is most useful to humans is coenzyme Q10.

How CoQ10 works inside the body

Coenzyme Q10 is the spark that helps burn the food we eat, combining with oxygen to produce energy for each cell’s functioning. The energy centers of the cells (mitochondria) are where the highest concentrations of coenzyme Q10 are located. It is estimated that CoQ10 generates a staggering 95 percent of the energy required by the human body.

The highest concentrations of coenzyme Q10 are found in the heart, liver, kidneys, adrenal glands, spleen, lungs and pancreas tissues. CoQ10 is also an antioxidant that helps to prevent oxidative and free radical damage in the cells.

Absorbing the benefits of CoQ10

Although our body produces coenzyme Q10 via the liver, it can also be obtained through the foods we eat. Some of the best sources of CoQ10 are oily fish like mackerel and sardines as well as eggs, organ meats, and germs of whole grains. (Grain germs also contain vitamin E, which enhances the synergy and assimilation of CoQ10.) Spinach, broccoli and peanuts are also good sources of coenzyme Q10, although the concentrations are lower than coenzyme Q10 from meats. (and peanuts can cause negative reactions, in some people)

As we get older, coenzyme Q10 production in our bodies slows down. Stress, poor eating habits, illness and infection can also impede the body’s ability to produce CoQ10. Taking a supplement starting at around the age of 35 can be highly effective in restoring and maintaining optimal amounts of CoQ10 for better cellular functioning.

In addition to preventing gum disease and periodontal disease, Coenzyme Q10 can also help to boost the immune system and general health while slowing down the aging process.

Benefits of CoQ10 for gum disease

Periodontal disease studies have also shown that taking as little as 50 milligrams of coenzyme Q10 per day can help to reverse the effects of gum disease. Those who take it report a dramatic reduction in inflammation as well as a regeneration of the gum tissue.

While health benefits have been shown from those taking coenzyme Q10 in small amounts, taking 200 mg or more per day has also shown significant health benefits in other areas. Check with your healthcare provider to determine the proper coenzyme Q10 dosage that’s right for you.