For some time now I’ve just been too busy and haven’t been in the mood to prep a bunch of raw meat and grill or bake it for the week. I’ve been buying a couple baked chickens from the grocery store and pulling the meat from the bones to make up to 8 – 4 to 6 ounce packs per chicken to use all week.

Choose the baked chicken with the least seasoning as most store seasoning will be loaded with extra sodium and probably MSG.  I choose the Traditional seasoned option at my local grocer. Most of the extra seasoning and salt will be on the skin, which you should remove anyway.

One thing I like about making these packs for the week is I can mix white and dark meat in each pack.  I use it cut up and reheated for crock pot veggie soup in a small skillet, salads, sandwiches, or as an entree in a small frying pan with mushrooms, onions, and a favorite sauce, and sometimes just as a snack – open the pack and pour some clean BBQ sauce on the foil as a dip.

I was just at Costco who had huge baked chickens for only $4.98. I buy two, take them home, eat half of one and make 12 packs with the extra.  They’re normally $6.98 or more at most grocery stores.

The downside of this baked chicken option is you’re probably buying the cheapest chicken brand you wouldn’t normally buy or consume; and you have no control over how much sodium was in the chicken before baking, or extra sodium and probably MSG in the seasoning used by the store. It’s not the best option, but for busy people it’s better than stopping at a fast food restaurant where you can count on a large dose of MSG and sodium.

I’ve held off passing this tip on because I wasn’t sure consuming store prepared baked mystery chicken with mystery seasoning would be conducive to weight loss.  I’ve dropped several pounds while doing this and I’m extremely sensitive to extra sodium. So it may impede weight loss a little from extra sodium, but it won’t stop it. 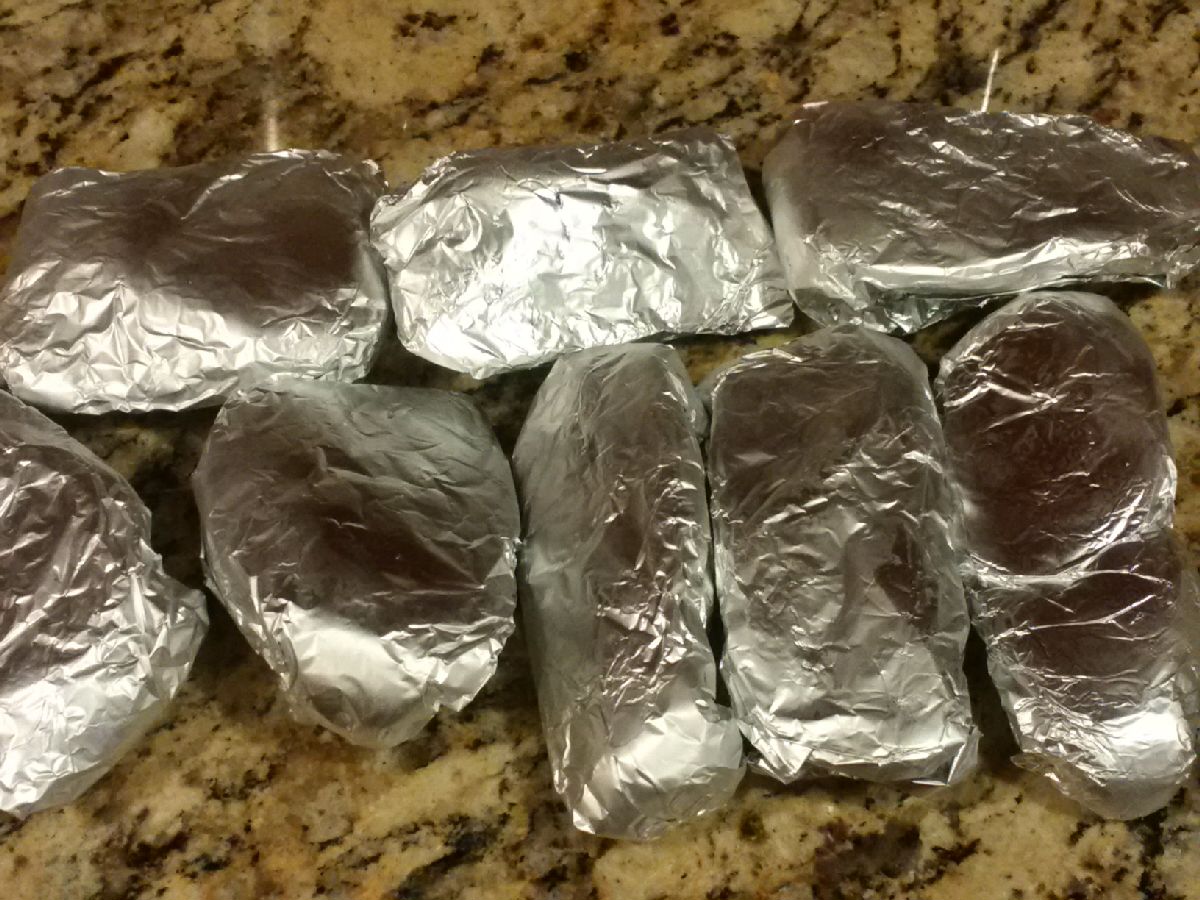