When Female Carboholics Get Married 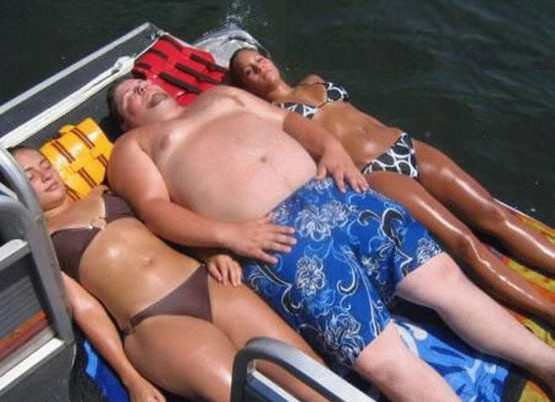 Here’s something to think about. When a guy with a system sensitive to excessive carbs, sugars, starch, and sodium marries a girl who is using carbohydrates, starches, and sugar to regulate serotonin (the ‘feel good’ brain chemical) the guy will become huge and bloated. This picture depicts what will happen if she’s doing all the grocery shopping  and cooking and he hasn’t figured all this out. If I had to guess, the guy is with the girl on the left (brown bikini) who has a nice little serotonin smile going on while he’s miserably bloated. This is something to think about.

By the way, I’m speaking from experience from the other side of the problem. This is one of those things you just never think about until the damage is already done.

Let me tell you something else about that guy in the middle, I see them everywhere, he is so bloated with fluid from excessive sodium he’ll sweat standing still when everybody else is comfortable. If he’s controlling the air conditioner he’ll probably have it set on 68 to 70 and freezing everyone else out. His liver is probably overwhelmed from all the extra chemicals plus sodium and his body is actually pushing excess fluid through all his skin pores to get rid of some of the sodium. 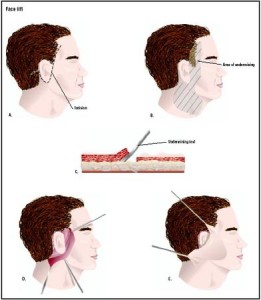 He’s already stretched his face and neck to where it will never fully go back where it should. He’ll always be cheeky and have a double chin even if he loses the extra weight and bloating. As he gets older that extra skin on his neck will hang from his jaw line like drapery unless he has plastic surgery.

To correct all that damage he’ll need a full upper and lower face lift to  remove about an inch of skin on either side of his face. The fat will need to be carved away from both sides his neck muscles. Then all those loose neck muscles will need to be sutured back to his neck to recreate the look before the damage. That feels like a noose or a strangle hold around your neck for about four years, it never completely goes awawy. That’s about $12,000 worth of work, about two feet of incisions, and two weeks sleeping sitting up staring out of a busted, swollen, draining head sewn up like a baseball. All of those incisions are around the ear and back into the lower hair line, imagine cutting both ears off and sewing them back on. The bottoms of the ear lobes won’t be reattached so all the fluid and blood from swollen ears can drain and you don’t end up with pixie ears. If you’re lucky and healthy none of those incisions will pop loose leaving meat exposed, which will heal, it’s just more stress dressing exposed meat. All this to undo the damage of a high carb, serotonin dumping diet.  Or you can keep the cheeks, jowls, and gobler.