Skinny Cheesecake With Stevia instead of Sugar 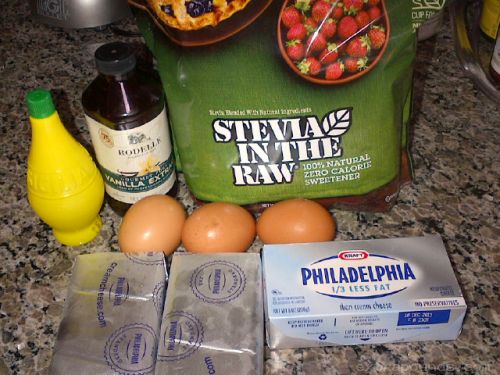 I would actually consider bumping that stevia by a third or more to make a sweeter cheesecake. The whip topping and the strawberries will add some sugar and natural fructose. Mix very well as the stevia can get caught in pockets in the cream cheese.

In a large bowl or stand mixer, beat cream cheese and Stevia until combined. Add in egg, lemon juice, and vanilla. Beat until smooth and well combined, scrapping down the sides in between. Pour in crust and smooth out by twirling pan and spatula. Bake 350 degrees F for 21 minutes. Take out, let cool, chill for 4 to 6 hours.

This is 25% less calories than making one thick pie, and less than half what real cheesecake would be and you don’t have all the chemicals and egregious ingredients in sugar free (aspartame or Splenda) pudding cheesecake mixes. 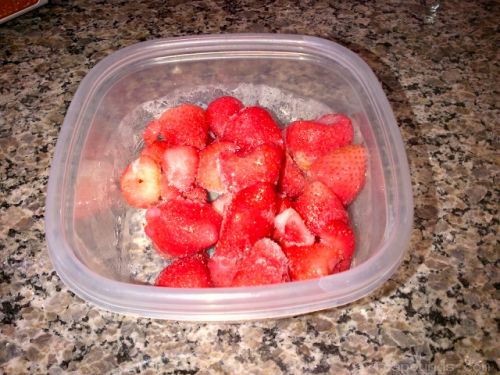 At the same time you make cheesecake pie dump some frozen strawberries into BPA free Tupperware to thaw. After a day or two this thaws into a soft naturally sweet red syrupy sauce to use as a topping. It would be better to thaw the strawberries a day or two in advance. 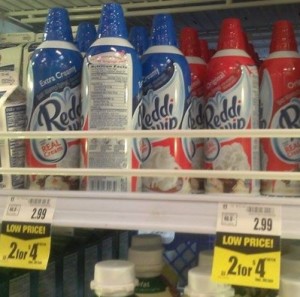 Use Reddi Wip Extra Creamy Real Cream topping. I understand it’s not pristine-clean but it’s a whole lot cleaner than the Cool Whip chemical concoction. I’m showing you better choices you can buy at most regular grocery stores and Walmart. You can get 100% pristine whipped topping from Europe from Whole Paychecks food for about double what Reddi Wip costs. This product completes these pies, it’s not dessert without whip cream, and will be the only real sugar grams in the dessert. Buy the dark blue container only.