EZ Diet Note:  I was recently surprised while on that Carnival Cruise at the high number of people with tattoos. This phenomena has exploded in the last three years. A few movies like Divergent add it in the storyline and the masses run like lemmings to the nearest tattoo shop to participate in the latest fad. The problem with this fad is it’s permanent, or the removal scar is permanent. Another problem with almost all tattoos I’ve seen is lack of symmetry. The natural symmetry of the body is trashed when you add a blue blob here, another blue blob there, a blue Smurf limb, or worse, add a mural, or whole paragraph, bars of music, or names, etc. that no one can read, or clothes partially cover. It reminds me of the car with 20 bumper stickers expressing numerous messages. This has to limit employment opportunity as business owners will not only have to evaluate the applicant’s skill, but will also have to evaluate the visible tattoo message and their clientele.  I’ve wondered why the Owners/Controllers (through media) are romancing tattoos (marks) to the masses, maybe they have some system coming that will require a mark and need to make it trendy first.

Here is how they could be harming you

by Robert Harrington as seen at NaturalSociety.com
Posted on June 11, 2015

Tattoos have been around for a long time; however, they have really become all the rage with the beginning of this 3rd millennium. But does this road toward self-expression come without risk?

Many people have always wanted to stand out in some way in their sphere of life. As society has become more materialistic and less personal, more body-conscious and less community-oriented, tattoos have emerged as a way of saying “I’m Here!” They distinguish the owner in quite unique ways as tattoos are becoming a permanent addition to an individual’s public persona.

While many tattoo artists are now able to create some very beautiful body artwork, there is often very little thought given to their unintended health consequences. Because the entire industry is quite surprisingly unregulated, it is incumbent upon the consumer to do their due diligence.

“Whether it’s a skull, cross, rose, or mom’s name in a thorn bush wrapped around the bicep, about one quarter of American adults have a tattoo. But a new study says about one out of every 10 inkers does not anticipate something that can come along with them: a severe, ongoing skin reaction.

In the just-published NYU Langone Medical Center research that studied tattoo-clad New Yorkers, those who reacted to tattoos experienced a rash, itching or swelling that lasted anywhere from four months to several years, with the longest-lasting complications stemming from ink shades of red and black.” [1]

If tattoo recipients were aware of this type of reaction, would they still proceed with their intentions? The mainstream media has run many stories over the years on the dangers and discomforts that come with permanent tattoos. And yet the craze seems to get crazier by the month.

Read: Do You Trust an ‘Electronic Tattoo’ to Track Medical Information?

Celebrities, in particular, have fueled the general public’s interest in tattoos. So much so that many people, who would have never proceeded with the inking their body, have done just that and much more. Perhaps this is because people can quickly attain their own celebrity status with just the colorfully ornate inking of a limb or other body part. 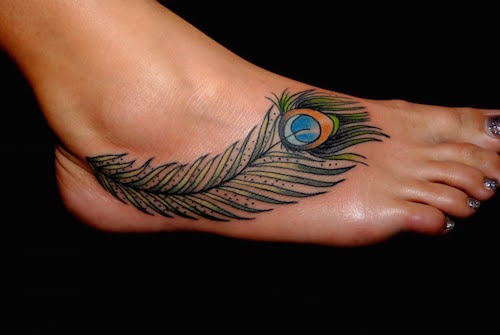 There are Multiple Risk Factors Involved with the Tattoo Process

“While we know infections are a risk of tattoos and can be dependent on tattoo parlor practices, a lot of the complications in our study — and that I have seen in my patients — do not have to do with the tattoo artist or parlor practices, but rather the qualities of ink and how the body’s immune system responds to it,” Marie C. Leger, MD, PhD, study lead and Assistant Professor at the Ronald O. Perelman Department of Dermatology, tells Yahoo Health.” [1]

The previous excerpt points out at least four potential problem areas with tattoos:

– The quality of the various inks and/or

– The reaction(s) of an individual’s immune system

All taken together, these 4 factors present a lot of opportunity for something to go wrong.

“Experts are not surprised by the news. ‘While tattoos are popular among Americans, there is still little to no regulation of what exactly is being injected into the skin,’ says Jeremy A. Brauer, MD, dermatologist and Director of Clinical Research at Laser & Skin Surgery Center of New York, where he has seen patients with tattoo reactions — most often to red ink. The majority of patients have allergic contact dermatitis, which is marked by redness, swelling and itching in the area of the tattoo.

Treatment of tattoo reactions ‘can be challenging’ says Brauer, who uses oral antihistamines combined with oral or injectable steroids to quell the inflammation. Blistering sometimes occurs and requires wound care and dressings, while evidence of infection is treated with antibiotics. More recently, there have been reports of successful laser treatment with both ablative and non-ablative fractional lasers, adds Bauer.” [1]

Even Tattoos Have Their Taboos

Of all the tattoos which people want to remove the most, it is the tribal designs which are eventually disliked the most. Tribal tattoos have a predominance of black and sometimes red inks in their design. These two ink colors have been identified by the medical authorities as those triggering the worst reactions in terms of both intensity and duration.

Moral of the Story:  Think before you ink!