Ezekiel Diet Note: I disagree with Dr. Steven Greer on extraterrestrials being from distant star systems  (disinfo #1). They’re demons that can move between dimensions through portals, gateways, doorways with advanced technology and spacecraft they share with the clubs (that George Carlin reminds us “you ain’t in”).  Greer also promotes the Jesuit heliocentric model as matter of fact reality (disinfo #2). Filter those 2 Jesuit planted ploys out as counter intelligence to confuse the spiritual issues.  It appears Greer is being used like a John the Baptist heralding the soon coming of the alien god from a distant star system hoax.  Compare the rest of the Greer thesis with Tom Horn and Cris Putnam’s work below.

Watch this next video several times until you get what happened in 2013 (post Mayan Aztec Cherokee calendar 2012) at the Vatican. Who arrived? Pay close attention at about 2:30. Video filmed April 2013.

Filmed September 2015. We’re almost 5 years farther down the road toward the event. 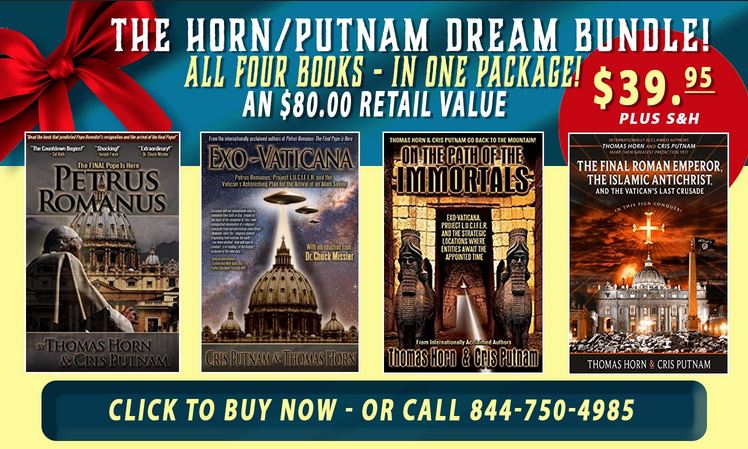