Learn how to plant a high-yield secret survival garden 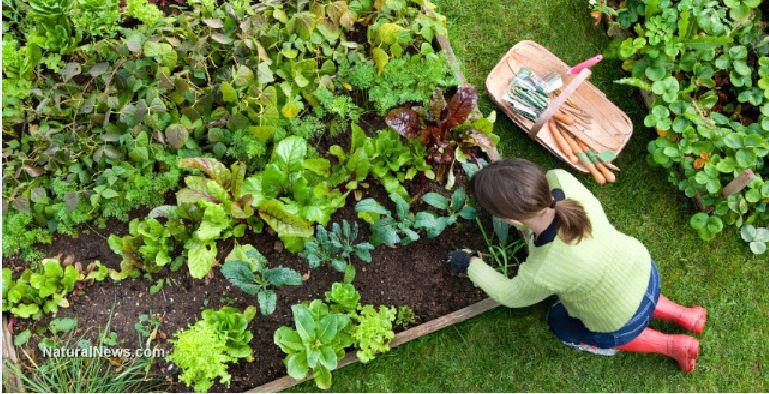 (NaturalNews) When the SHTF, those with the means of growing their own food will have the best shot at survival. However, in a post-apocalyptic world or simply a society that has suffered an economic collapse, anything you are able to grow will be a tempting target for roving marauders.

If you have a traditional backyard garden with neat rows of plants, you will essentially be advertising the fact that there is food for the taking to anyone who happens to pass by with an empty belly. This is not an exaggeration; plenty of urban gardeners who have carefully tended a patch of tomatoes, peppers or corn have reported their crops being stolen in the dark of night just as the food was ready to be harvested. If that can happen in times of relative “plenty,” just imagine what things will be like after a real crisis.

Therefore, it is crucial that you find methods to camouflage your survival garden. There are several ways this can be accomplished. Some of them are a bit involved and require a fair amount of knowledge and hard work, while others are relatively easy.

Let’s first take a look at a somewhat complex approach.

Rick Austin is the generally-acknowledged “guru” of survival gardening. He incorporates a permaculture approach that mimics nature and focuses on growing perennials. This tactic happens to produce a high-yield garden that requires little or no tending once planted, and it also creates a perfectly disguised food factory that is virtually unrecognizable as being a garden at all.

Austin describes his techniques and theories at length in his book, Secret Garden of Survival: How to Grow a Camouflaged Food Forest.

“Studies of native indigenous people around the world, people who have lived off the land for generations without electricity, without refrigeration, without commercial agriculture, and without pesticides and insecticides showed that these people have lived primarily on perennials as opposed to annuals such as your typical grocery store vegetables.”

In a possible future scenario where there might be no power grid, traditional gardening methods will likely not be the best approach, especially when stealth becomes a crucial factor. Austin’s solution is sound, but until you can fully commit to this approach, there are a few very simple ways to disguise your garden without having to go to any great lengths.

Simple methods for camouflaging your garden

Getting away from centralized row planting is key to camouflaging your survival garden. It’s a good idea to plant separate patches in different spots. This will help keep your plantings from looking like a typical garden, and even if a marauder finds one or two patches, others are likely to go untouched.

Plant along the perimeters of your property rather than in the center of the yard or lot. If possible, plant some food crops away from your property, e.g. at the edge of a forest or in clearings you have access to. You should also consider planting in a cleared area in the middle of thicket that would deter the average person from entering or thinking there might be a crop planted there.

Grow foods that don’t obviously look like edibles. Some food crops are more difficult to conceal, such as corn or tomatoes; others, like beans and tubers, are not as easy to spot.

Camouflaging your crops will likely prove to be essential to survival when the SHTF. Start taking steps now to hide your precious food supply. It could very well mean the difference between life and death when society crumbles.