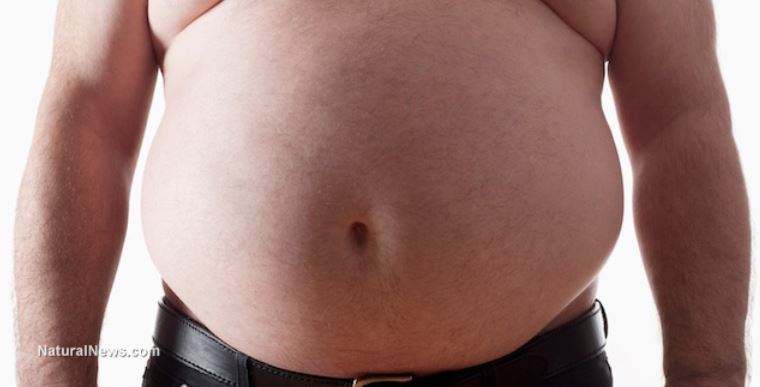 (NaturalNews) A review of more than a thousand studies that was conducted by a working group of the International Agency for Research on Cancer, part of the World Health Organization, has found that obesity is linked to at least 13 different types of cancer. An article published by The New York Times reveals quite a bit about the data; however, one thing is missing: the nutritional aspect of obesity.

The Times reveals that there was already “strong evidence” that adenocarcinoma of the esophagus, colorectal cancer, breast cancer in postmenopausal women, and uterine and kidney cancers are linked to obesity. However, the extensive review revealed that gastric cardia, liver cancer, gallbladder cancer, pancreatic cancer, thyroid cancer, ovarian cancer, meningioma and multiple myeloma are also linked to obesity. In total, these 13 cancers account for 42 percent of all new cancer diagnoses, according to Dr. Graham Colditz, the chairman of the working group, and a professor of medicine and surgery at Washington University.

Dr. Colditz freely admits that only smoking comes close to the level of bodily harm created by obesity. However, it is very clear that the mainstream media is afraid of touching on what many seem to see as an uncomfortable subject: nutrition. Obviously, poor nutrition is one of the primary causes of obesity, along with a lack of physical activity. Even the American Cancer Society admits that good nutrition and exercise can help prevent cancer.

Many people wrongly cling to the belief that their genetics made them fat, and therefore they don’t have to do anything about it. It is true that there are some genes that may predispose you to obesity, but as the Harvard T.H. Chang Public School of Health states, “Moving from genetic predisposition to obesity itself generally requires some change in diet, lifestyle, or other environmental factors.” Most people are obese because they eat poorly or overeat, and lead sedentary lives.

Following a healthy diet and regular exercise regime are two of the best ways to prevent cancer, and the majority of obese people do not engage in either of these activities. The article published by The Times makes no mention of the fact that nutrition is a primary means of prevention for both obesity and cancer. Dr. Colditz even admits that while in animal studies weight loss seems to help reduce cancer risks, “it’s hard to study in humans because so few people lose weight and keep it off. But the priority of avoiding weight gain is the first thing we need to address.”

There are many problems with the average American diet. A 2014 study indicated that the poor quality of food that is so readily available at bargain prices is one of the primary contributors to the obesity epidemic here in the States. Roland Sturm, a senior economist at the RAND Corporation, and a professor of policy analysis at the Pardee RAND Graduate School, says that if we want to find the cause of obesity, “what we’ve really got to look at is changes over time for everyone.” And what key area pops out the most? The food supply. Sturm states that the food environment in America has undergone significant changes in terms of quality, affordability and accessibility – with most easily accessible and affordable foods being horrifically poor in terms of nutritional quality. In the past, low accessibility to fruits and vegetables was a primary driver of the increasing consumption of junk food, but data shows that produce has become increasingly more available in the last decade; people just aren’t eating it.

The problem is an inherent lack of nutritious foods in the average American diet. If poor nutrition is an inherent cause of obesity, it is an indirect cause of cancer, at the very least. One must also at least entertain the idea that part of the risk of cancer associated with obesity is actually not related to body weight itself, but rather the dietary choices obese people tend to make.